Picard has brought back characters to the screen that we have not seen in years. The most recent episode brought back a very familiar face playing a brand new role.

The episode title, as many are, is a classical phrase. It has both a literal meaning and has roots in mythology. “Et in Arcadia Ego” literally means “And I too, in Arcadia”. Arcadia is named after a Greek Provence and is an actual place. If we use the meaning from classical literature, Arcadia is the home of Pan, where he lives in a virtual utopia. This meaning implies that one might think of a paradise, albeit one where those with eternal life have limitless power.

We find our heroes continuing their flight to Soji’s home planet through a transwarp conduit. We see the Artifact come out behind them along with Narek’s snakehead ship. They are able to evade Narek’s attacks only to be ambushed by probably the best planetary defense mechanism we have seen in the Star Trek universe: giant flowers, probably orchids. I swear on my Nichelle Nichol’s signed Uhura action figure I did not make that up, my imagination isn’t good enough.

Honestly, it’s a battle that demands to be seen. The La Sirena is heavily damaged during the attack. The show makes excellent use of showing expressions throughout the episode. The first time is during this sequence. During the attack, the lights go dim. Rios attempts to flick on his lighter for illumination. As he is flicking it, the flame lights up the face of each crewmember only for an instant to make a tense scene more dramatic. When the bridge is illuminated, we see Picard is not well. He struggles to say “Thank you for coming….everyone” before passing out.

We then saw flashbacks to previous episodes that implied maybe Jean-Luc Picard had a serious health condition. When he comes to we see Agnes standing over him looking distraught. She scanned him with an old-fashioned medical tricorder and is hoping due to the equipment being old, the reading is wrong. Picard assures her calmly that it is not a false reading.

There is an emergency staff meeting as Picard tells his crew that the mission will carry on and that he has a terminal brain abnormality. Picard makes it absolutely clear he will not be treated as a dying man. The fangirl in me wondered if this was a call back to the TNG episode All Good Things where we learn Picard will have Irumodic Syndrome, maybe. This series does feel like it could be Picard’s final mission. But, there is a lot of use of Borg tech and there is the possibility of mind transfers into a synth body, if the ban is lifted, or ignored.

Stepping off the ship and onto the planet, they head off to find the Artifact to look for their friends. The cube they discover has crashed. When they enter to look for survivors one of xBs identifies Picard as Locutus which temporarily makes him look afraid. I had to pause here because it was often foreshadowed that Seven of Nine would become a Borg queen, and it was equally foreshadowed that the Borg still knew who Picard was.

Elnor is overjoyed to see his father figure again. He is joined by Seven of Nine as the crew of the La Sirena leave to give them a chance to talk. Elnor is heartbroken to say goodbye to his friend and mentor.

There is a settlement on the planet called Coppelius Station. It is a paradise filled with people engaged in various activities. This episode is chock full of frequently used elements in Star Trek. Almost every series has used twins in some way, and here we find a synth village filled with twins. We meet a synth with familiar-looking eyes who embraces Soji. Soji identifies her as Arcana. While they are talking, a man approaches.

It is Altan Inigo Soong, son of Noonian Soong. He is played by Brent Spiner who has played many members of the Soong family. He deadpans the best line in the show. He tells Picard he looks like Data if he had grown older, and softer, which is a disturbing thought. We have met Noonian Soong, and his wife, but they never stated they had a child. They way they, and their android alter egos, described their life Data and Lore were the only children they had.

Picard goes off to process what is happening when he is approached by a female synth. He enigmatically says “Of course, Maddox” while her back is to the viewer. This yellowish green-skinned synth with yellow eyes reminded me very much of Lore.

The show is creating more mysteries as it answers questions. Very much looking forward to this week’s episode. 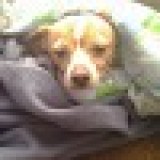